As we began to melt and be sapped of energy on one of the hottest days in the UK this year, eating a bowl of chilled, delicately spiced fish salad in the heart of Fitzovia came as respite. Enter Ahi Poke, the new Hawaiian poke joint on Percy Street.

Ahi refers to yellowfin tuna—one of the fish on offer here. Poke (pronounced “poh-key”; meaning to section, slice or cut, in Hawaiian) is ubiquitous across the island, found at high-end restaurants, beachside shacks, supermarkets, and in homes. It is similar to sashimi, ceviche, carpaccio and tartare in that it is served raw, but is very different in appearance, which comes from the way it’s cut. Poke are robust, bite-sized cubes as opposed to being thinly sliced.

The concept is simple, and so the ingredients are key. All their fish is sustainably caught and vegetables are sourced locally whenever possible. Variety is wide, without causing confusion. You may choose from four “signature bowls” or “build your own”. The signature bowls are aptly named: Oahu, Sweet Green, Heat Wave and Venice.

Toying with the “Oahu” (rice, ahi tuna, red onion, radish, carrot, coriander with a sesame shoyu dressing) at £9.45 and the “heat wave” (quinoa, salmon, avocado, kimchee cucumber, red onion, coriander and spicy mayo) at £8.45, we went with the latter, which in keeping with a restaurant that aims for high turnover footfall,  was prepared within minutes. For our other poke we opted for the “build your bowl”. Diners get to choose between a base of rice, quinoa, or kale, followed by salmon, ahi tuna, shrimp or mushroom. These are then mixed with spring onions and black sesame; the sauce follows (we chose sweet ponzu). For toppings, we chose edamame, coriander, carrot, radish, red onion, and, cashew nut. Other options were equally attractive: confit ginger, chilli grapefruit and kimchee cucumber.

Both poke tasted undoubtly fresh with subtle hints of spice, the “heat wave” from the kimchee cucumber and spicy mayo; the customised bowl from the sweet, zingy ponzu and spiced cashew nuts.  Whilst the bowls are not overwhelmingly large, we felt quite full.

From among a small range of soft drinks, we opted for the coconut and lime presse, which was cooling. Dessert was simply coconut ice cream, which we declined. Following the poke, we’d have preferred a light and refreshing watermelon or lemongrass sorbet.

The restaurant is capable of seating a small number of diners, circa 20 (both indoors and outside). It’s for people who want a quick pit-stop as opposed to a long lingering lunch. We were in and out of the restaurant within 30 minutes. Those seeking take-out will most likely make up the largest audience here.

Ahi Poke will undoubtedly win over Londoners with a taste for raw fish that's balanced with spice and clean flavours. This, with a sprinkling of Hawaiian cool added to the mix, makes it an attractive lunch proposition—both for eating in, and for those who want to grab a bite to eat at their desks or in the park. 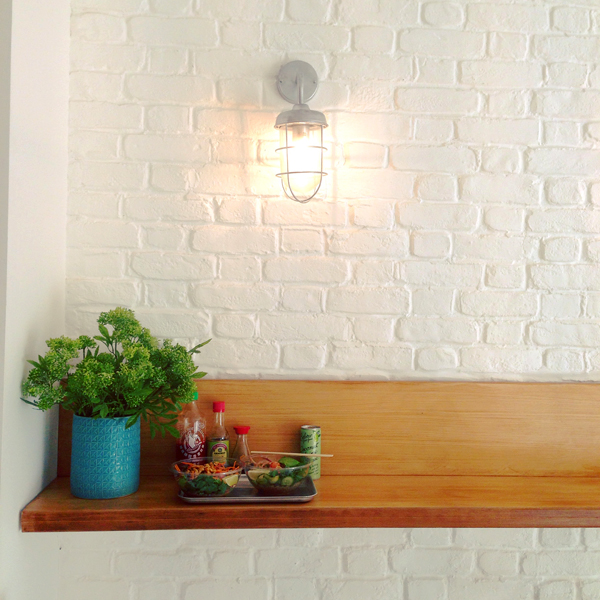