Some of you may be aware that Binge has been on an indefinite hiatus. We're making a small comeback with a series of mini reviews: reviews of dishes instead of full-blown restaurant reviews. This is the second in the series.

Besides its houmous, Abu Hassan is known for its queues. The place is so popular that it's packed until closing time (4pm). It was a 15 minute walk from our Airbnb. We visited on a typically hot day in Tel Aviv and were glad we didn't have to wait too long to be seated.

Abu Hassan isn't for you if you don't adore houmous—it's the only thing on the menu. It arrives with chunks of raw onion, and a lemon-and-chilli dipping sauce. The houmous is airy and creamy at the same time (the mark of good houmous), topped with powdered cumin, paprika, olive oil, parsley and chickpeas. There's an alternate version of it too: masabacha (houmous with whole chickpeas). One portion of the houmous was big enough for lunch for two so we didn't order a second. The pita was big and fluffy, and scooped up the houmous well.

Yotam Ottolenghi is known to have called the houmous at Abu Hassan "heaven". While it might be a cliche to agree, we absolutely do. 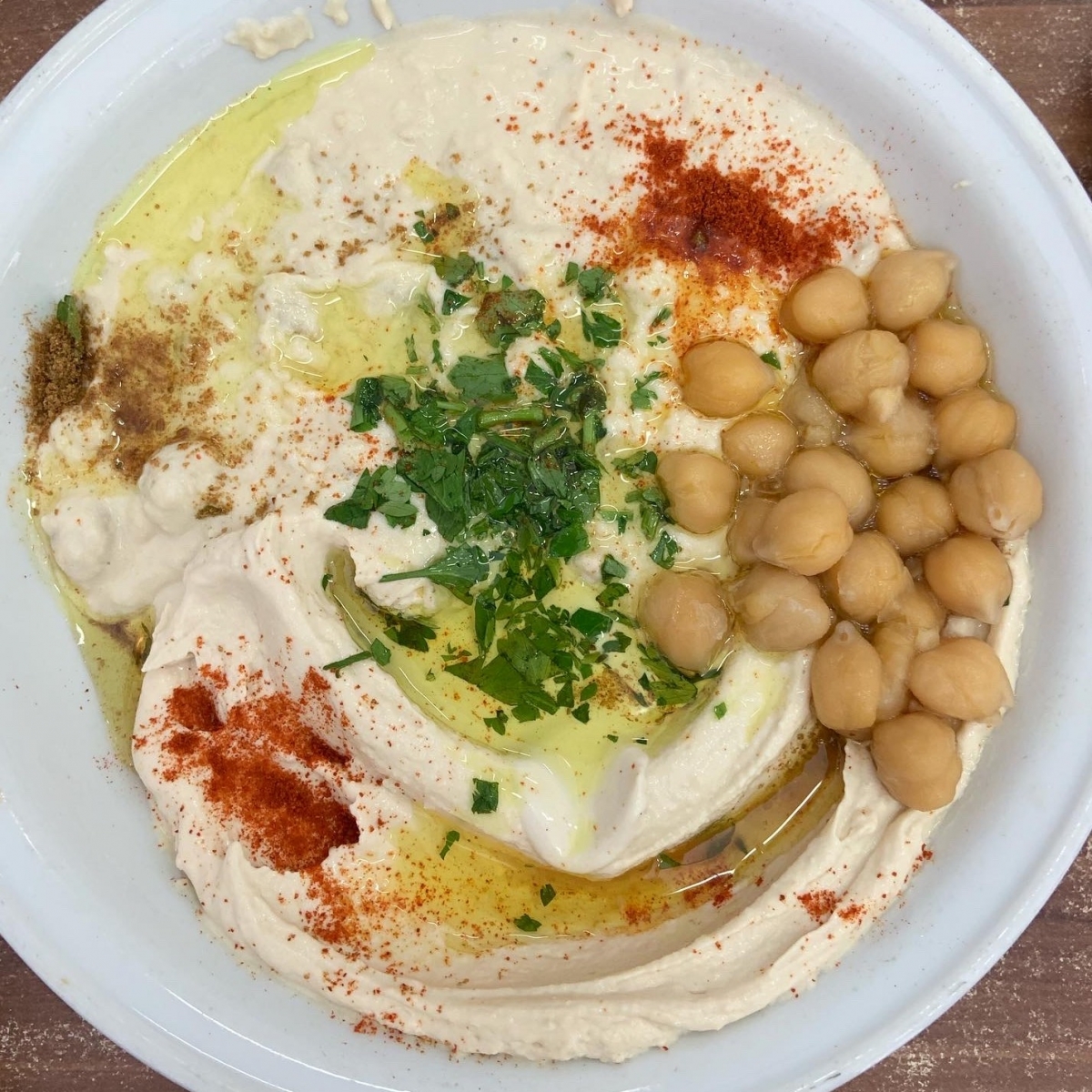